Client of the Month (July): Merle 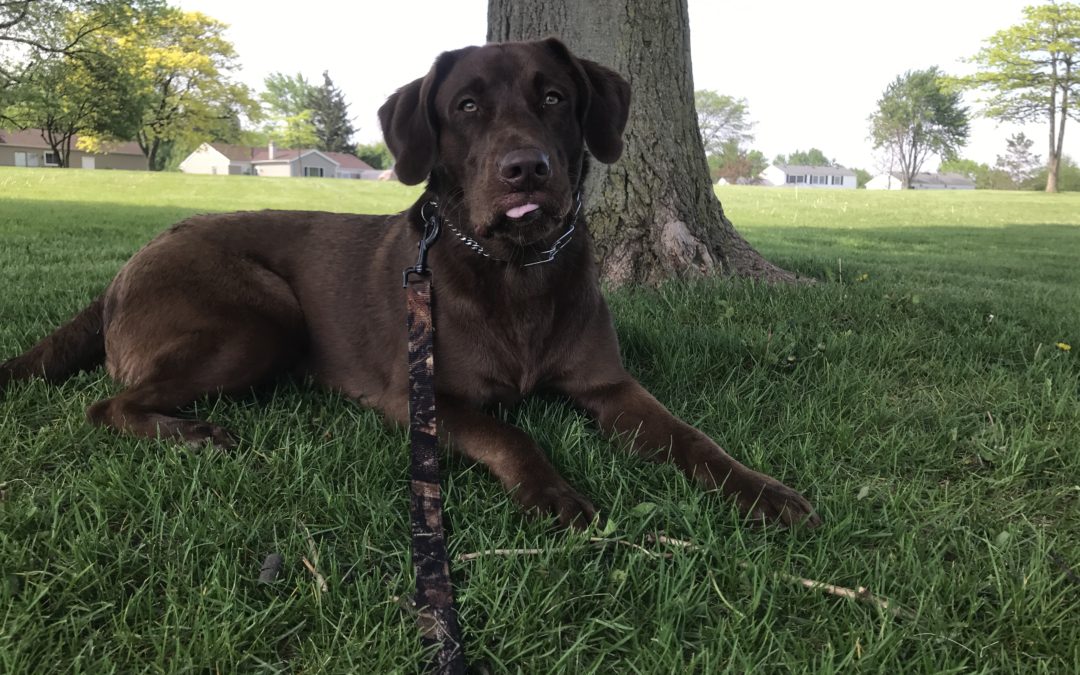 For owner Veronica, her 8 week old chocolate lab puppy wasn’t exactly what she bargained for. “Merle was such a bad dog,” remembers Veronica. While puppies are certainly hard no matter the situation, Veronica couldn’t help but compare tiny and mischievous Merle with her family’s calm – and older – yellow lab. Merle needed a lot more attention and direction on how to better use his energy.

Veronica, of course, was happy with Merle, her first dog that was her sole responsibility (and not her family’s dog). But too many chewed up shoes and misbehaving kept Veronica and Merle from bonding the way they both wanted.

Knowing that Merle needed some obedience training, Veronica headed off to a weekly obedience class at PetSmart. However, the experience wasn’t successful. One hour per week was simply not enough training for the pair. Merle wasn’t retaining the commands and it simply wasn’t realistic for Veronica to practice hours every day in between sessions.

After asking around to families she knew, and after seeing some Dog Training Now alumni dogs in action around town, Veronica decided to invest in the ten-day Day Training program at the studio. Things began to turn around immediately.

“He was about 8 months old when he started at Dog Training Now,” recalls Veronica. “I was so nervous that they would give up on him.” But the Trainers didn’t give up at all; in fact, Trainer Matt and the rest of the staff enjoyed spending time with Merle. In just a few days, Veronica could see the difference that the consistency at Dog Training Now made. 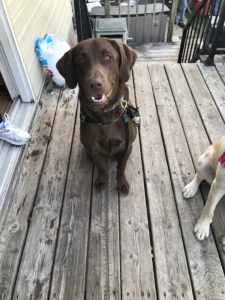 “He was walking on his leash better when I picked him up on the first day,” says Veronica. At the end of his training session, Merle was a pro at obeying commands both in the studio and at home. Veronica wasn’t the only one who noticed the positive difference either – her cousin and brother complimented Merle’s behavior after his time at Dog Training Now.

As for Veronica and Merle’s relationship now? “It’s amazing,” gushes Veronica. “After training gave Merle the obedience and me the confidence, I was really able to fall in love with my dog.” Merle respects Veronica and Veronica is proud of the progress Merle has made. She already plans to bring Merle in for a few brush up sessions in the studio to be sure they are both always improving.

Don’t sacrifice a positive relationship with your dog, or become resigned to the fact that you must just have a “bad dog”. You and your dog are only a few weeks away from respect, obedience, and confidence – let our Trainers help you get there.